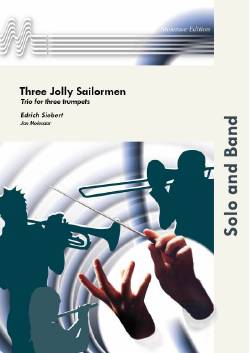 Trio for trumpets and Band

EDRICH SIEBERT (London 1903 - Maidenhead 1984), whose real name was Stanley Smith Masters, was a flute player and a saxophonist with a military band before he got under the spell of the brass instruments and, consequently, of the brassband. Until 1931 and during the Second World War up till 1946 he conducted various Brittisch millitary orchestras. After that he was a freelance composer. He live in Egham in the Runnymede District. As a composer he was mostly self-taught. During his last years he became popular in the world of brass bands.