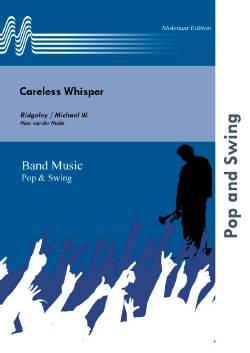 Careless Whisper was George Michael's first solo single, although he was still performing in Wham! At the time. The song features a prominent saxophone riff, and has been covered by a number of artists since its first release. It was released as a single and became a huge commercial success on both sides of the Atlantic and on both sides of the Pacific. It reached number one in nearly 25 countries, selling about six million copies worldwide. Hans van der Heide did a great job arranging this evergreen for fanfare band.