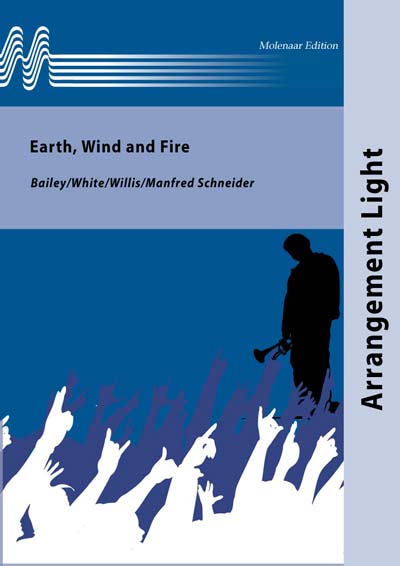 The American soul music group Earth, Wind and Fire, set up in 1970 by singer and drummer Maurice Whitney, started a real international career from 1975 onwards. Especially the brass players were focused at the spectacular shows which brought a fusion of jazz and funk music. Manfred Schneider made a thrilling arrangement for symphonic band using the success songs Fantasy, I'll Write A Song For You and Boogie Wonderland.