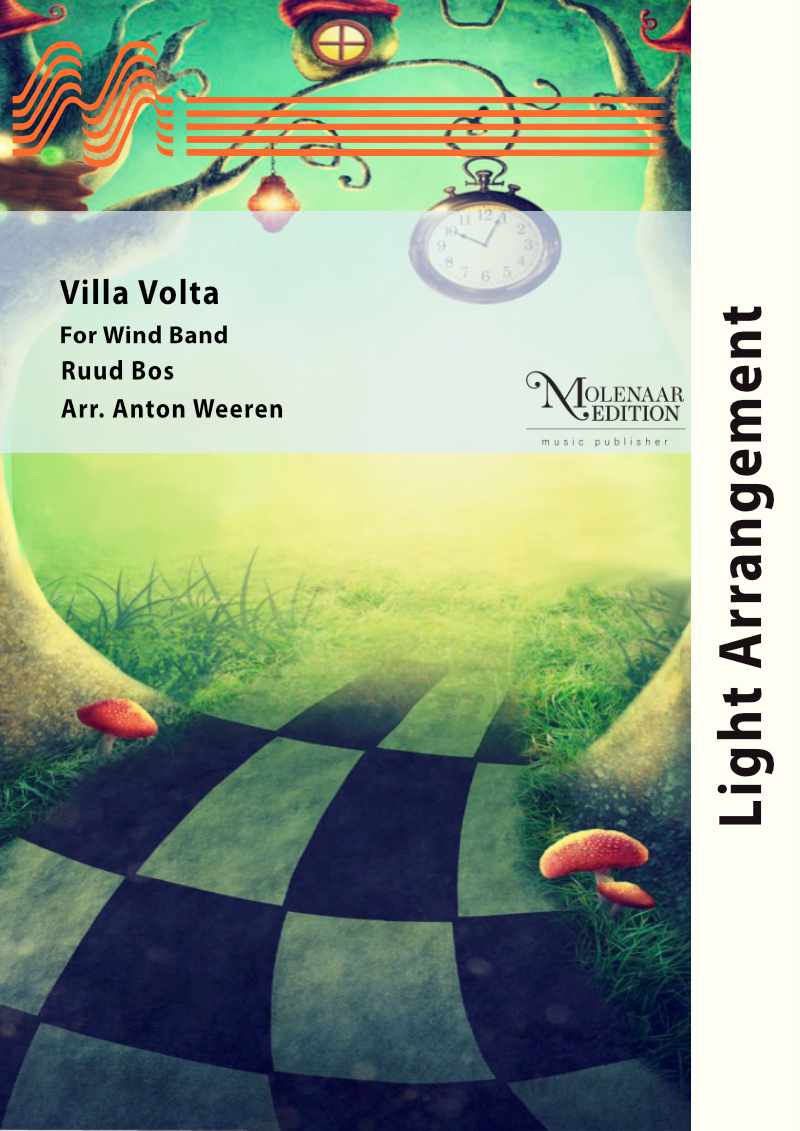 'Villa Volta' is the name of an attraction in the amusement park 'de Efteling' at Kaatsheuvel (The Netherlands). According to popular belief, the 'Bokkenrijders' (Goat Riders) were ghosts flying through the air sitting on a goat and penetrating the houses of the scared people. The name was adopted by a gang of robbers that ravaged the southern parts of The Netherlands in the 18th century. Ruud Bos wrote this thrilling composition that has been skilfully arranged by Anton Weeren.