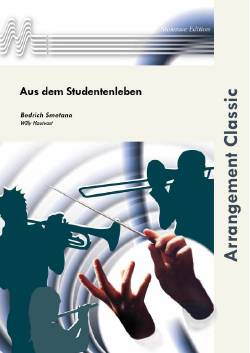 For Bedrich Smetana, the polka was the source of typical Czech music par excellence. We do not only find it in his operas, symphonic works and chamber music, but he also wrote single or separate polkas. Smetana's first polkas were written when he was still a student and they were composed for dancing. This is also the case for this polka ‘Aus dem Studentenleben' (Pictures of a student's life). It was originally written for piano. It is cheerful music with a lot of variety and, above all, a typical Czech character.