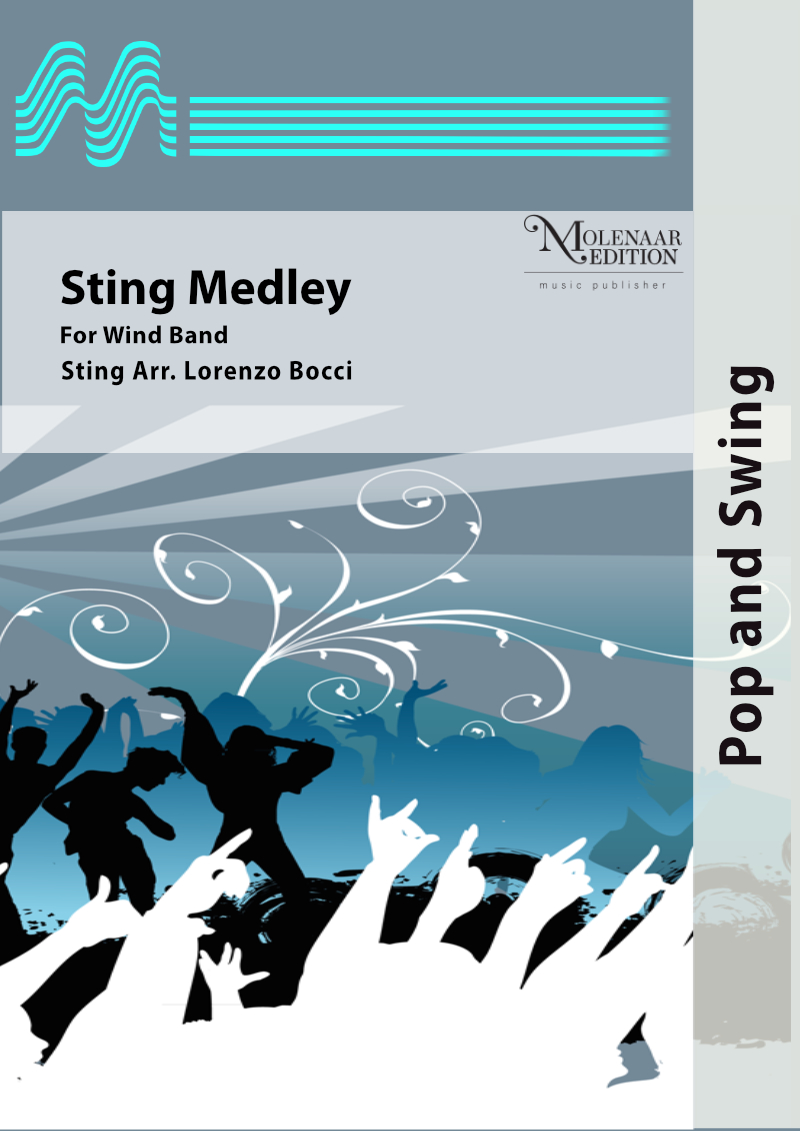 Sting was the principal songwriter, lead singer, and bassist for the new wave rock band The Police from 1977 to 1984, before launching a solo career. He has included elements of rock, jazz, reggae, classical, new-age and worldbeat in his music. With The Police, Sting became one of the world’s best-selling music artists. Solo and with The Police combined, he has sold over 100 million records. This arrangement includes three most successful songs: Every Little Thing She Does Is Magic, Desert Rose and Every Breath You Take.