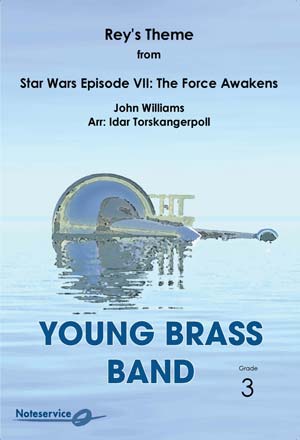 The iconic soundtrack composed by John Williams continues with “The Force Awakens”, the seventh Star Wars movie. This arrangement for Young Band tries to capture the rich timbre of the original orchestral music. It is very important to be aware of the balance in the band when performing this music. The horns should stand out dynamically when they plays the melody. Also make shure that the rhythmic are played as clear as possible, especially in the bass tubas and other low instruments. You may choose whether to play the upper or lower octave in the trumpet parts.