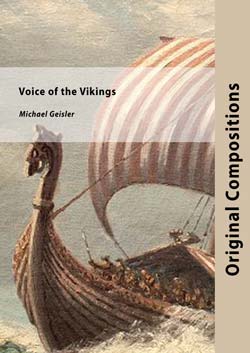 Voice of the Vikings

The composition Voice of the Vikings describes the history of the Vikings, a Norse folk that was planning on conquering the world in their artfully carved ships. And of course they were also notorious for gruesome fighting and cruelty. The Vikings loved the sea and believed that after death, they would sail in their ships to paradise. The homecoming of Viking sailors was always a big celebration, and many stories would be told about their adventures, which would often feature acrobats, jugglers and clowns.