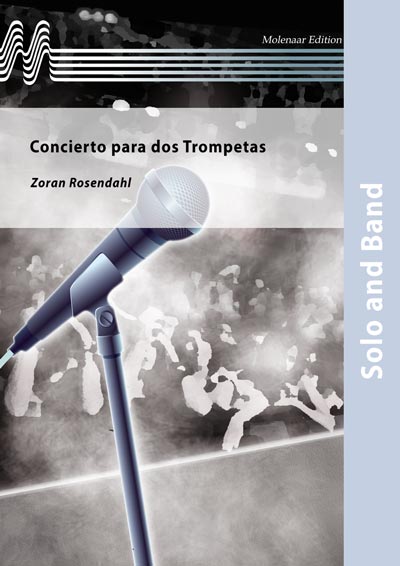 The work is written in a Spanish style and is influenced both by the famous paso dobles and the Spanish comedy operetta form, the zarzuela. As it was originally written for somewhat smaller orchestras, it’s possible to be played with limited players. Ornate melody lines and striking rhythms alternate with a playful interaction between the two solo trumpets and the orchestra, and watch out for the changing time signatures! In short, a challenging piece for both the soloists and the orchestra.