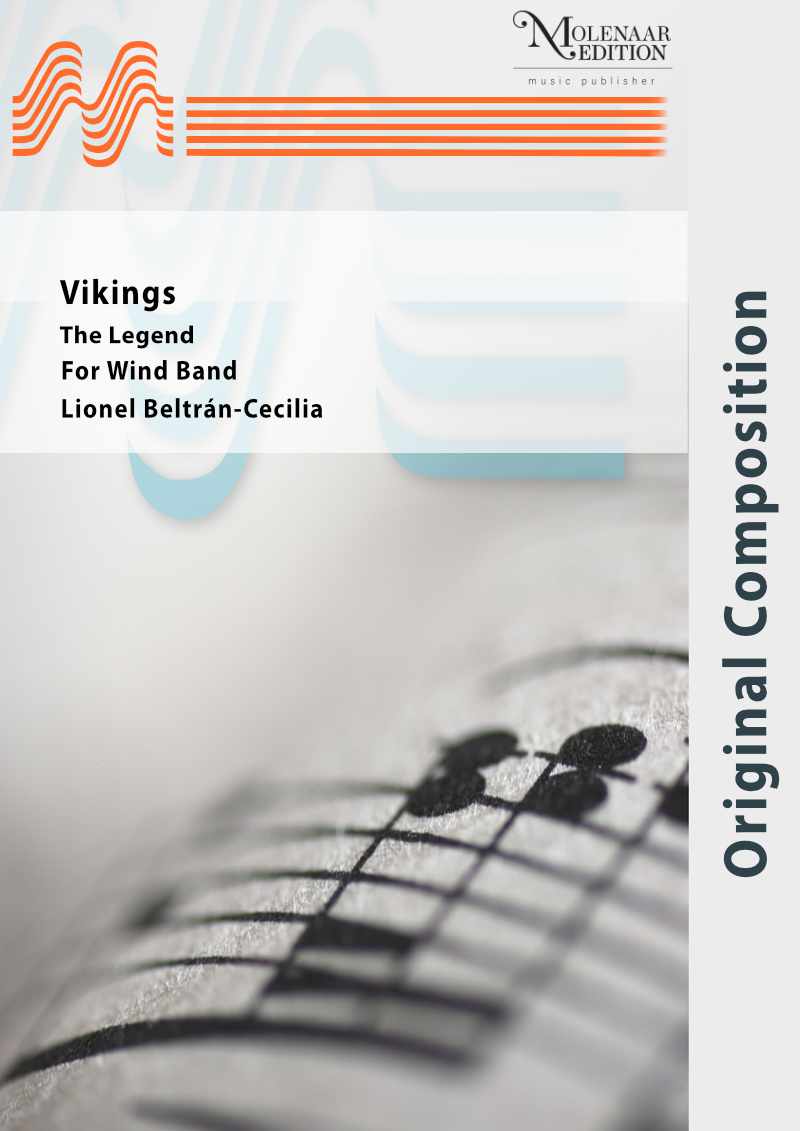 Symphonic Episode for Wind Band inspired by the Vikings, giant, brave and strong men with a fatalistic attitude, which led them to take risks naturally. These Norwegian warriors were known as bloodthirsty pirates who looted, killed and produced horror along the European coast until conquer so many territories. Aboard a Drakkar, ship which allowed them to venture in a crossing through the seas, terrorizing the population.