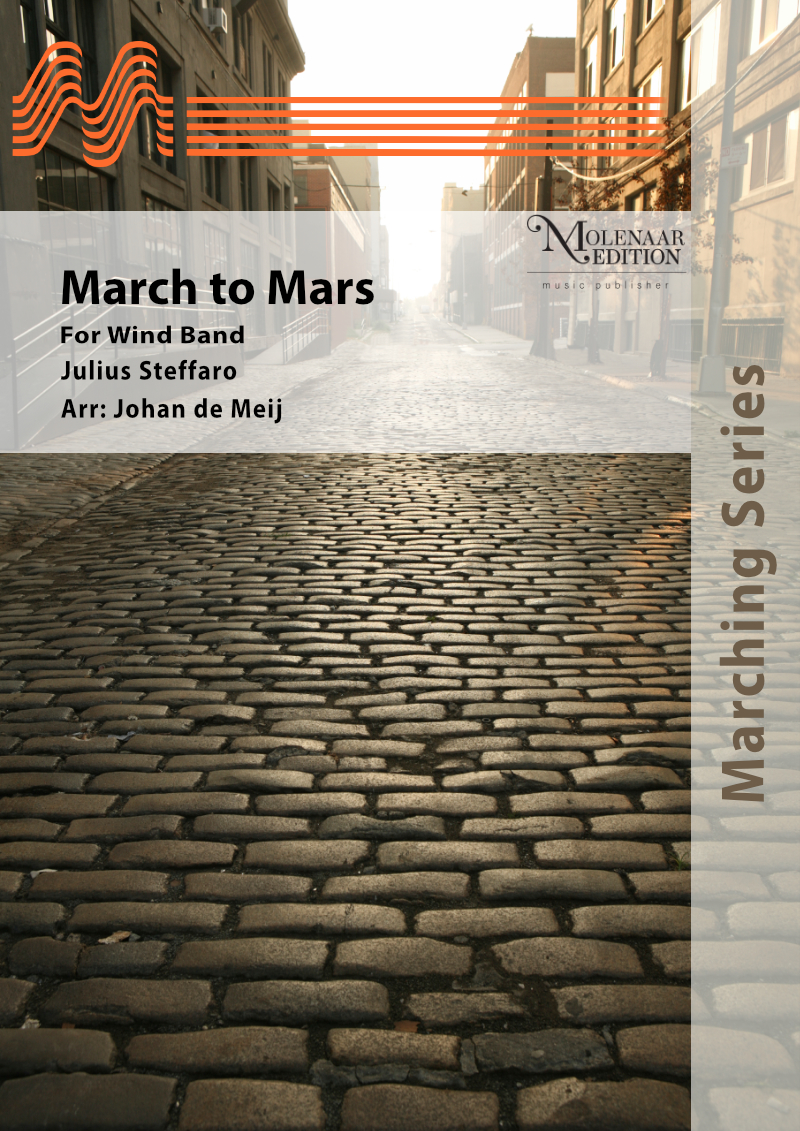 The concert march March to Mars was written for a composition-contest of the Norwegian Broadcasting Corportation (EBU). This spectacular work was composed by Julius Steffaro, a pen-name of Jan Stoeckart, who also employs several other pweudonyms: Jack Trombey, Petr Milray and Willy Faust. In this way he has been able to add a large number of works for windband to his name. March to Mars has been elaborated and scored by Johan de Meij, who also did the arrangements for windband of Honky Tonk Ragtime and Cake Walk Phantasy from this composer.