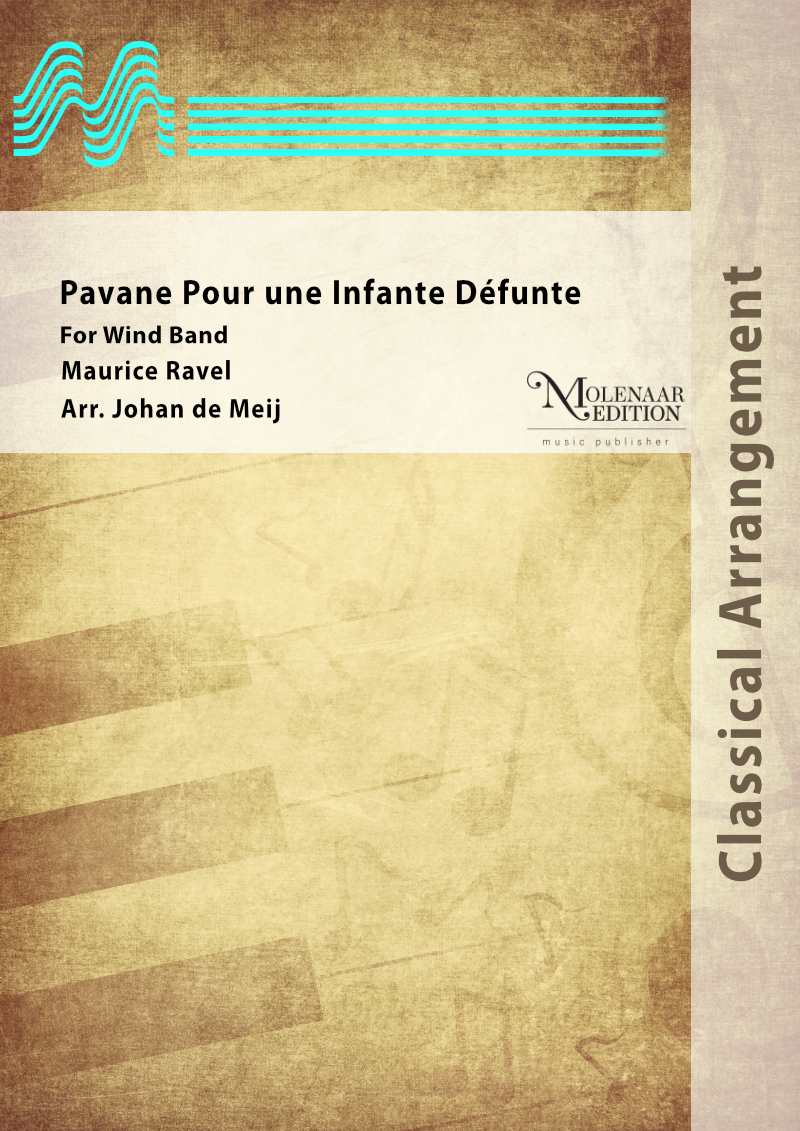 Pavane pour une infante defunte (Pavane for a dead (Spanish) princess was composed for piano by Maurice Ravel, aged 24 in the year 1899. Ravel composed the version for symphony orchestra in 1910. It’s popularity was a source of annoyance to Ravel, as he considered pieces he had composed after the Pavane to be much better, yet they were much less loved. This arrangement by Johan de Meij will continue to show why the Pavane remains popular with the public.