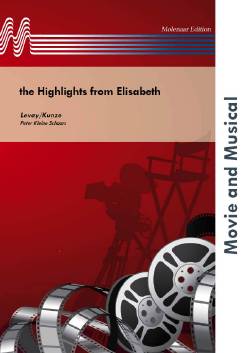 The Highlights from Elisabeth

The life of the Austrian empress Elisabeth (1837-1898) which started as a fairy tale but ended as a tragedy, inspired the librettist Michael Kunze and the composer Silvester Levay to write a musical based on the life of the popular 'Sissi'. The musical was premiered in Vienna on 3 September 1992 and was very successful for many years. The story is told by Luigi Lucheni, Elisabeth's murderer. So death, represented by a mysterious and seductive young man, is omnipresent throughout the musical. Several songs have become hits and, of course, you can hear them in this fine selection by Peter Kleine Schaars who gathered various music and dance styles such as the rock shuffle, the jazz waltz and the classical Viennese waltz.