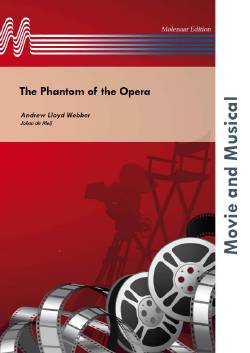 The Phantom of the Opera ( out of print)

The English composer Andrew Lloyd Webber has managed to create one worldwide success after another during the last fifteen years. After the musical 'Jesus Christ Superstar' in 1971 which caused quite a stir, 'Evita' followed (1976), 'Cats' (1981), 'Song and Dance' (1982, a combination of 'Variations' and 'Tell me on a Sunday'), 'Starlight Express' (1984) and 'Requiem' (1985). His musical 'The Phantom of the Opera' saw its first performance in 1986 in London, featuring Sarah Brightman and Michael Crawford. This musical won both the Laurence Olivier Award and the Evening Standard Drama Award for the 'Best Musical of 1986'.