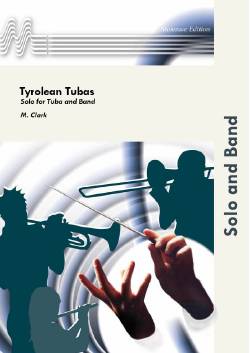 Solo for Tuba and Band

Maurice Clark played the clarinet and the violin in the British military band of the 'Royal Engineers' from 1947 onwards. In 1956 he went to Kneller Hall, the famous military conservatory of music near London, and in 1961 he became bandmaster with the Royal Ulster Rifle Regiment. He composed some twenty novelties for wind band such as this humoristic piece Tyrolean Tubas.