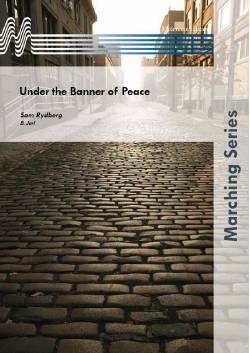 Under the Banner of Peace

The Swedish composer Sam Rydberg (1885-1956) composed all kinds of music, even film music. However he was a military musician for many years and ended his career as a military bandmaster. He remained famous as the composer of about 70 marches. We have already published his famous concert march 'Italia' and now we present 'Under fredsfanan' (Under the Banner of Peace), a lively march composed in 1939.