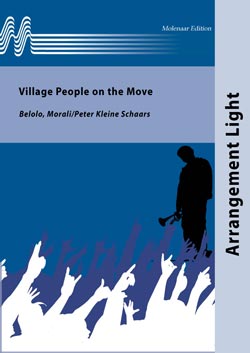 Village People on the Move

The once extremely popular American group 'The Village People' released its first album 'San Francisco' in 1977. The next year two more albums came, 'Macho Man' and 'YMCA', followed in 1979 by 'Go West'. That same year, the group was to be seen and heard in the film 'Can't stop the music'. Then there was their big hit In the Navy that caused some trouble when the American Army wanted to use it in one of their recruiting advertisements. You'll find that famous tune, and some more of their hits, in a fine arrangement by Peter Kleine Schaars.