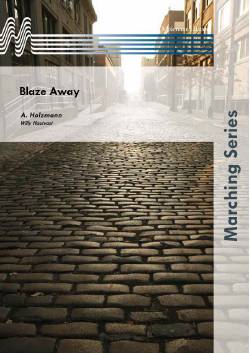 The American composer Abe Holzman (New-York, 1874 – East Orange, New Jersey, 1939) worked the greater part of his life as composer and arranger for several music publishing firms. His famous march 'Blaze away' (1901) was inspired by the words of an officer during a naval battle of the Spanish-American War. In 1898 Captain Gridley ordered to open fire against the Spanish fleet in the Bay of Manila with the words 'Well boys let's blaze away!'. This march became extremely popular in the 20th century, also in Europe. Willy Hautvast adapted it to the contemporary European wind band.