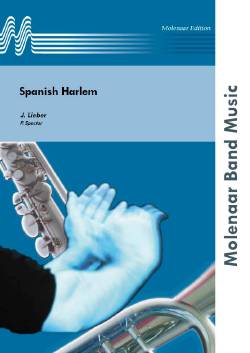 During the seventies Jerry Leiber was a member of several popular groups such as The Coasters and The Drifters. He composed some film music, such as the hit song 'Jailhouse Rock' for Elvis Presley. His popular song 'Spanish Harlem' has been recorded by many famous orchestras. Thanks to Willy Hautvast's arrangement it is now also part of the wind band repertoire.