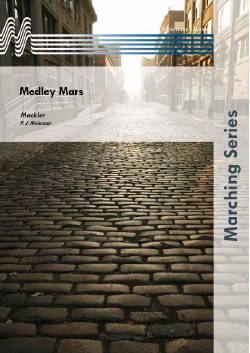 We could not find any trace of the composer Mackler but he was probably British as his marches were published in London. The fine 'Medley March' was arranged by Pieter-Jan Molenaar (1907-1979), founder of the Molenaar Edition, and was published as number 2 in the series 'Marstriomfen' (Famous Marches). As this thrilling quick march sounds amazingly well it is a real discovery.