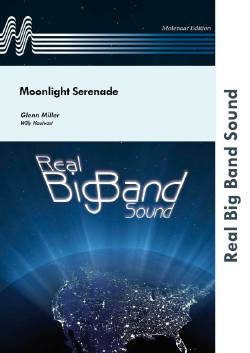 Moonlight Serenade is an American swing ballad composed by Glenn Miller with subsequent lyrics by Mitchell Parish. It was an immediate phenomenon when released in May 1939 as an instrumental arrangement, though it had been adopted and performed as Miller's signature tune as early as 1938, even before it had been given the name Moonlight Serenade.