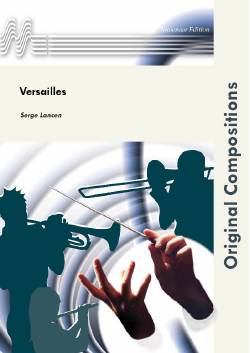 Serge Lance was born in Paris 1922. The whole of his life has been dominated by music. He wrote his first work at the age of four. Lancen studied the piano with Marguerite Long and composition with Tony Aubin at the conservatory of his native town. In 1949 he won a prize for his Etudes, and some time later he was awarded the Prix de Rome! His work as a composer is very varied and includes symphonic music, choral works, ballet music and several concertos. Versailles, composed and premiered in 1980, is a 4-part piece in which Serge Lancen seems to paint a musical portrait of the wellknown castle of Versailles.