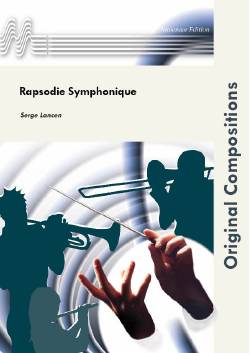 The Rapsodie Symphonique, written in 1976, was commissioned by the French Broadcasting Institution for the European Radio Composition Contest. It was recorded by the Musique des Gardiens de la Paix conducted by Désiré Dondeyne on 4 March 1977 and was awarded a First Prize at the E.R.U. (European Radio Union) contest. The rhapsody was published in 1978 and dedicated to his American friend Professor Al Wright, conductor of the Purdue University Band. The latter recorded the composition in 1979 as it had already recorded the Festival à Kerkrade Jan Molenaar conducting in 1971 and the Parade Concerto with the composer at the piano and Jan Molenaar conducting in 1973.